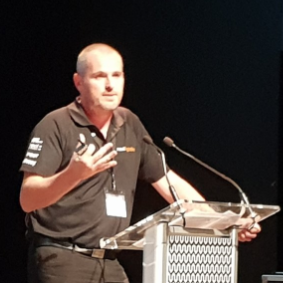 Chris came over to Australia in 1999, originally from the UK. In the years that he has been in Australia, Chris has quickly become respected as an expert and industry specialist in Logistics Fulfilment and Supply Chain. Having worked for more than 15 years, and for more than 20 different companies in the UK and Australia, Chris has acquired a unique skill set which allows him to easily identify process improvement and Operational efficiencies, which has been demonstrated by his previous performance saving millions of dollars in several major roles prior to establishing Next3pl in 2005. Next3pl provides full 3PL warehousing, Pick and Pack, and Distribution for a diverse range of business, with specialisation in e-commerce, online retailers and direct to consumer delivery. Having worked with more than 500 businesses since commencement, currently with more than 150 clients, significant growth every year and shipping more than 50,000 orders weekly, and more than 20 million items picked per year, all whilst still able to service small business through to major corporations, Next3pl is recognised as one of the leading providers in the market place.