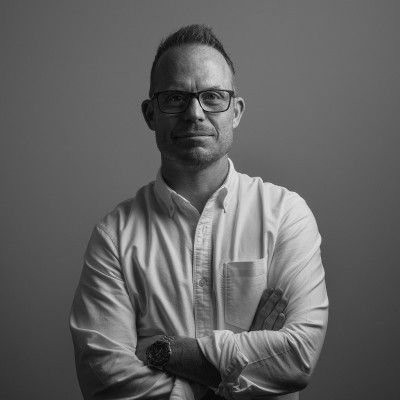 Tom joined VMLY&R in May 2021, as our Chief Executive Officer across Australia & NZ, after a career which has taken him around the world.

Starting as a digital specialist in the UK, Tom moved to Australia a decade ago to head up the Coca-Cola account at Wunderman (now Wunderman Thompson). A highlight of that stint was leading the digital, social media, CRM and promotions work for the highly acclaimed ‘Share a Coke’ campaign, which scooped 50+ industry awards including 11 Cannes Lions.

Tom then shifted to Dentsu agency Isobar, where he rapidly rose to Managing Director across both Sydney and Canberra offices. He also led two successful mergers into Isobar - SOAP Creative and WiTH Collective.

Tom has a wealth of world-class strategic and management experience working with clients large and small across the Education, Entertainment, FMCG, Travel (including Qantas), Government, QSR, Technology and Retail sectors to name a few.

Outside of work, he is a family man and a diehard football fan, and still straps the boots on each weekend for a kick with his mates.